Nominations for the Annual WateReuse Awards for Excellence Due Today

Now is the time to get recognition for your water recycling program, creative collaborations, innovative technology, or to salute a colleague that that is demonstrating leadership in advancing water reuse. Submit a nomination for the Annual WateReuse Awards for Excellence by Monday, May 6 to be considered for the most prestigious award in the water reuse sector. The WateReuse Association’s annual awards program recognizes innovations and leadership that advance greater adoption of water reuse. Winners will be honored at the 34th Annual WateReuse Symposium, September 8-11, 2019 in San Diego, CA. Submit your nomination today.

Don’t miss the 34th Annual WateReuse Symposium, taking place September 8- 11, 2019 at the Marriott Marquis in San Diego, California. This year’s Symposium showcases creative collaborations that lead to innovation and provides the most comprehensive education on water recycling that you will find anywhere, from innovations in centralized municipal systems to creative onsite treatment, case studies in industry and agriculture, and the rapid expansion of reuse into wet climates. Register by June 21 to take advantage of early bird discounts.

Last week, the President met with congressional Democrats to discuss the possibility of passing a large infrastructure package. According to Senate Democratic Leader Chuck Schumer (D-NY), the President agreed with Schumer and House Speaker Nancy Pelosi (D-CA) that the package should include $2 trillion in federal investments. This would be a ten-fold increase over Trump’s previous proposal of $200 billion. The trio agreed to meet again in three weeks to discuss how to pay for the investment. Despite last week’s breakthrough, the path forward for an infrastructure package in Congress remains unclear. The House Transportation and Infrastructure Committee intends to develop and pass an infrastructure bill by early summer; and we expect that bill to include critical water program investments. On the Senate side, unfortunately, the focus, at least for the time being, is more narrowly on surface transportation, and the timeline is less clear.

Bureau of Reclamation Announces $32 Million for Reuse and Desalination Projects

The Bureau of Reclamation released two funding opportunities under the Water Infrastructure Improvements for the Nation (WINN) Act, $20 million for Title XVI water reuse projects and $12 million for desalination construction projects. Reclamation expects to provide cost-shared funding for four to eight water recycling projects and two to six desalination projects. For more information, visit www.grants.gov and search for BORD-DO-19-F018 to learn about Title XVI WINN funding and search for BOR-DO-19-F009 to learn about funding for desalination projects. Applications for both opportunities are due by June 28, 2019 at 4:00 p.m. MDT.

The U.S. Environmental Protection Agency (EPA) is hosting a series of information sessions to help utilities take advantage of a recently announced $6 billion funding opportunity under the Water Infrastructure finance and Innovation Act (WIFIA) program. EPA named water reuse as one of the three focus areas for this round of funding. The one day sessions will discuss program requirements, benefits, and the application process. Information sessions have been announced in the following locations:

Governor Gavin Newsom signed an executive order last week directing state agencies to prepare a water resilience portfolio for California. Water recycling is a key component of water resilience planning for California utilities. The order directs the secretaries of the California Natural Resources Agency, California Environmental Protection Agency and the California Department of Food and Agriculture to identify and assess a suite of complementary actions to ensure safe and resilient water supplies, flood protection and healthy waterways for the state’s communities, economy and environment. Read More.

WateReuse Association member Pacific States Water will host live demonstrations of its vacuum membrane distillation technology May 7 -31 at the Bureau of Reclamation Brackish Groundwater Desalination Research Facility in Alamogordo. The zero liquid discharge process reduces the amount of brine that utilities must dispose of during membrane treatment processes. A 53-foot trailer will be used to demonstrate various treatment scenarios. Learn More.

Webcast: A National Water Reuse Action Plan – How Government and the Water Sector are Collaborating to Develop an Integrated Approach

Join the WateReuse Association on May 21 at 2 pm ET as we talk to the U.S. Environmental Protection Agency about a new effort to leverage the expertise of the water sector and government to develop a Water Reuse Action Plan that ensures the effective use of the nation’s water resources. A draft plan is scheduled for release and public review at the 34th Annual WateReuse Symposium, September 8-11, 2019, in San Diego. What does the Water Reuse Action Plan mean for the water sector and how can you have a voice at the table? Register today to learn more about this unprecedented effort to coordinate an integrated approach to water reuse across the water sector.

What’s the next big thing in monitoring recycled water quality? Please join us May 15 at 2 p.m. eastern to learn how In vitro cell-based assays have shown promise as bioscreening tools to assess environmental mixtures and prioritize sites requiring further investigations. These assays are designed to respond to groups of chemicals. As such, they offer an integrative approach to complement conventional chemical and toxicity testing. Learn More.

Register for the 8th Annual Water Reuse in Texas Conference

As the municipal water reuse market experiences unprecedented growth and geographic expansion, where are the best opportunities? Please June us on June 5 at 2 pm to gain insight into the evolving municipal water reuse market, learn how utilities can see a return on their investment in reuse, and get the latest forecasts on how the market is poised to take off on a large scale. Learn More. 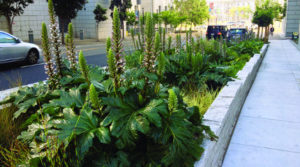 Presented in partnership with The Water Research Foundation, this presentation will cover key components of successful onsite non-potable water systems.

Across the nation, onsite non-potable water systems (ONWS) are becoming increasingly common as a means to conserve and recycle water. Ensuring consistent implementation is one of the principal challenges for ONWS programs, particularly when multiple, new stakeholders are involved. Water Research Foundation project 4909 sought to identify key knowledge gaps and provide the resources needed to aid in the smooth implementation of ONWS. Through interaction with the National Blue Ribbon Commission for Onsite Non-potable Water Systems, the project team identified common pitfalls that have impacted the design, operation, permitting, and implementation of ONWS.

This presentation will cover key components of a successful ONWS program including: (1) treatment goals that control public health risk, (2) effective design of both treatment and non-treatment (i.e., management) barriers, (3) strategies for effective operation and monitoring of ONWS systems, and (4) frameworks for regulating and permitting ONWS. The goal of this presentation is to convey the importance of stakeholder knowledge for consistent protection of public health at ONWS installations. This information will be presented through a survey of the projects two main deliverables: the comprehensive guidance manual and interactive training modules.

Are water recycling utilities well prepared to address the COVID-19 crisis and other potential future risks?

The America’s Water Infrastructure Act (AWIA) requires all utilities serving 3,300 or more people to complete a risk and resilience assessment (RRA) for their water systems, followed by the completion of an emergency response plan (ERP). The RRA’s are part of an overall effort to improve the ability of water systems to prepare for and respond to events from water resource limitations to cyber attacks, from extreme weather to an assault on the utility, and from contamination to treatment and distribution infrastructure, among others. In short, it is an all-hazards approach to managing risk.

This webcast will discuss how water reuse interacts with the RRAs and highlight some the ways that risks are viewed and managed from an AWIA perspective. It will also discuss how we are interpreting and acting upon risk in the midst the COVID-19 pandemic crisis and how we can use RRAs to prepare for future risks. This webcast will offer a fresh look at risk and resilience through the lens of preparation and response. The presentation will begin with an overview of AWIA requirements, RRAs, and the role of water reuse in those assessments followed by a focus on risk and risk perceptions in light of the COVID-19 pandemic.

Dr. Ben Stanford is an Associate Vice President with Hazen and Sawyer in the Denver office where he leads the implementation of innovations in water, wastewater, and water reuse. He is currently leading or supporting over a dozen risk and resilience projects in FL, NC, TX, CO, AZ, and CA.