Register today and begin your boot camp training in late July. Topics include benefits of non-potable and potable reuse, water reuse regulations, key elements of water reuse programs, water reuse case studies, and more. Whether you are new to the water reuse industry or just looking for a refresher, participate in the Water Reuse 101 Boot Camp to build your knowledge and enhance your skills.

The 35th Annual WateReuse Virtual Symposium is the premier conference on water recycling and offers more than 100 hours of technical presentations. The Symposium’s virtual platform allows you to participate from any location and at your convenience—view presentations, chat with colleagues, and browse the exhibit hall. Fulfill professional development requirements and introduce new and old co-workers to the education and networking opportunities available at the WateReuse Symposium with no travel required and at a substantial cost savings.

Organized around the theme “Reaching New Heights in Water Reuse,” the 2020 WateReuse Symposium provides an in-depth look at the technology, policy, and research innovations that have propelled water reuse to unprecedented national prominence as a water management strategy. Register Now!

Before passing H.R. 2, the House adopted two amendments to support the evolution and adoption of water recycling across the country. The first amendment, championed by Congressman Alan Lowenthal (D-CA), directs the Administration to establish an Interagency Working Group on Water Reuse. This language is identical to Senate language included in America’s Water Infrastructure Act of 2020, which the Senate Environment and Public Works Committee passed in May. WateReuse worked closely with the Senate Committee and with Congressman Lowenthal to advance this provision. In addition to the Lowenthal amendment, the House adopted an amendment offered by Representatives Harley Rouda (D-CA), Jared Huffman (D-CA) and John Katko (R-NY) to authorize the appropriation of up to $500 million for a new grant program aimed at helping local agencies integrate smart water and digital information technologies into their operations.

As previously reported, H.R. 2 contains several top WateReuse Association policy priorities, including reauthorization of both the Alternative Water Source Grants Pilot Program at up to $600 million until expended and the Bureau of Reclamation’s Title XVI-WIIN Water Reclamation and Reuse Program at $500 million through 2025.

In addition to reauthorizing the Alternative Water Source Grants Program, Title XVI-WIIN, and the Desalination and Water Purification Program, H.R. 2 includes a host of other important water reuse-related provisions. The bill:

Last week, the WateReuse Association hosted a “virtual town hall” with four top congressional staff members from the U.S. Senate and House of Representatives. During the 90-minute event, congressional staff shared their views on a range of important topics, including infrastructure and economic stimulus legislation, technological innovation, the Water Resources Development Act, and efforts to reauthorize critical programs such as the Title XVI-WIIN Water Reclamation and Reuse Program, among others.

There is broad support for further, targeted action on COVID-19: Members of Congress continue to hear from constituents that there is a great deal of need for another COVID-19 relief package. Given how much money has already been spent in response to the pandemic, however, there is also a serious question about how to pay for any future legislation. Moving forward, there will be more focus on getting the most bang for the buck. We should look to programs that leverage lots of non-federal dollars.

Coalition approach to advocating on behalf of Bureau of Reclamation programs is critical: The Water Infrastructure Improvements for the Nation (WIIN) Act of 2016 linked multiple components of Western water management, including water recycling, water storage and conveyance, rehabilitation, and desalination. This linkage is important moving forward because there are members of both parties and both houses of Congress that support one or multiple pieces. As a result, our chances of reauthorizing and funding Title XVI-WIIN may increase if we can build a broader Western water package, such as that authorized in S. 1932, the Drought Resilience and Water Supply Infrastructure Act, and the FUTURE Drought Resilience Act in the House.

WRDA on the move and could be vehicle for larger water recycling investment: The House Transportation and Infrastructure Committee may mark up its WRDA bill as early as July 15. It would then go to the House floor sometime later in the month. The Senate Environment and Public Works Committee passed its version of WRDA in May, and may bring that legislation to the Senate floor at some point soon. While the House WRDA bill will focus narrowly on the U.S. Army Corps of Engineers, there is a good possibility that the final WRDA bill will be a vehicle for provisions related to the Clean Water Act and Bureau of Reclamation. It is also quite possible that WRDA will be the primary water-related infrastructure bill out of Congress this year.

Technological innovation is foundational to water resources management: Stakeholders have made it clear to Congress that the federal government can play an important role in stimulating technological innovation. As a result, there is language to encourage innovation in H.R. 2, the major infrastructure package that the House passed last week. In the Senate, the Energy and Natural Resources Committee is also working on legislation to support innovation. The interest is bipartisan and bicameral.

New policy approaches can clear the path to greater water reuse: There was broad interest in establishing an investment tax credit for industrial water reuse, and for an alternative water sources grants program that would have nationwide applicability. These tools can support the adoption of water recycling in sectors and geographic areas where interest is growing.

Partnerships are key to effective advocacy for water reuse: Partnerships are critical. The water reuse community should continue to build bridges and work across geographies and various kinds of stakeholder groups. Doing so can help show broad support and cut across party lines.

The U.S. Department of Energy (DOE) Office of Energy Efficiency and Renewable Energy (EERE) announced the availability of $20 million in funding as part of the Water Security Grand Challenge. The funding aims to “develop technology innovations to strengthen America’s water infrastructure and enable advanced water resource recovery systems that have the potential to be net energy positive.” The Funding Opportunity Announcement (FOA) covers two topic areas:

Concept papers are due by August 1, 2020 and the DOE anticipates selecting 10 awards. Read More.

The Pacific Northwest Section of the WateReuse Association issued its quarterly newsletter, which provides updates on legislative and regulatory activity in the region, highlights the work of members, and spotlights technology for decentralized systems. WateReuse Pacific Northwest is also sponsoring a two-part lunch and learn webcast series highlighting how water reuse is helping to address water resource challenges in the region. Read More.

Awards and Recognition for Water Reuse

The application period is open for the Utility of the Future Today recognition program, which honors water resource recovery facilities for community engagement, watershed stewardship, water reuse, and recovery of other resources such as energy and nutrients. The Utility of the Future Today concept is as a model for utilities to achieve more efficient operations, enhanced productivity, and long-term sustainability. The WateReuse Association participates in the joint initiative with the Water Environment Federation, the National Association of Clean Water Agencies, and the Water Research Foundation Public and private water sector utilities of all sizes that can demonstrate achievement of the application requirements are encouraged to apply by July 17 at 5 p.m. EDT.

This webinar is hosted jointly by this year’s Water Week Water Association Partners and will provide attendees the opportunity to hear directly from key EPA officials and Members of Congress on the important regulatory and legislative water policies they are working on now and in the years ahead.

Join us for a lively discussion with leaders from across the water sector about the future of water reuse and its importance as a tool to address the impacts of climate change and meet local water demands.

Please join us for a free webinar on April 29, 2021, from 2:00 to 3:30 PM EDT to celebrate the first year of the National Water Reuse Action Plan (WRAP), including accomplishments of action leaders and partners and anticipated 2021 outcomes.

The Resilience through Collaboration: First Year Highlights and Future Directions of the National Water Reuse Action Plan webcast will feature remarks from Radhika Fox (EPA’s Acting Assistant Administrator for Water), Felicia Marcus (William C. Landreth Visiting Fellow at Stanford University’s Water in the West Program), and a roundtable discussion with WRAP action leaders and partners and other water reuse practitioners from around the United States. This event is hosted by EPA in collaboration with the WateReuse Association and other water sector partners.

The roundtable panelists include:

The WRAP collaborative was launched on February 27, 2020 with federal, state, tribal, local, and private sector partners to build technical, financial, and institutional capacity to spur further consideration and implementation of water reuse across the country. The story of the WRAP’s first year of implementation is one of incredible dedication and determination by a growing community of over 100 different organizations. The WRAP collaborative has enabled the formation of new action-based partnerships across the water community to help address local water resource challenges through holistic thinking and integrated efforts to ultimately strengthen our Nation’s water security, sustainability, and resilience. 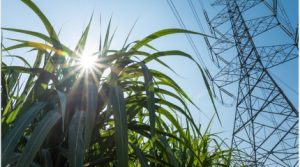 Join May Wu, Principal Environmental System Scientist with Argonne National Laboratory, for a webcast on the role of water reuse in bioenergy production.

Production of bioenergy from a range of feedstocks and biorefining pathways requires a substantial amount of water for irrigation, conversion process, cooling, and steam generation. Because the feedstock varies with climate and soil regions, an increased production will have implications in the availability of regional and local freshwater resources across the U.S. It is critical to understand how fit-for-purpose water recycling can be used to conserve freshwater.

This webcast presents findings from an Argonne National laboratory analyses of potential recycled water use to produce biofuels from conventional crops and algae and generate power by incorporating technology, climate, and geospatial-temporal components. Findings suggest a significant potential of producing advanced biofuel while doubling the amount of recycled water in use nationally. Results from this project support informed decision-making and strategic planning for water sustainable bioenergy development.

May Wu is a principal environmental system scientist at Argonne National Laboratory. Her research interests are water resource use, water quality, and wastewater management in the production of biofuels and conventional energy.

Save the date! More information to come soon. 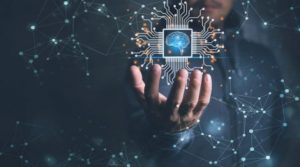 Learn how digital platforms that include artificial intelligence and machine learning can be used to improve asset management strategies and operational efficiencies.

In this webcast, our presenters will introduce how digital platforms that include artificial intelligence (AI) and machine learning (ML) can be used to improve asset management strategies and operational efficiencies, as well as enhance source control, validate unit process performance, predict product water quality and make sound decisions for assessing suitability of product water for human consumption.

The data collected from pilot and full-scale potable reuse treatment trains have been used to develop artificial neuron networks as part of an ML platform. The platform clearly demonstrates that ML can be used to predict, for example, the product water total organic carbon (TOC) concentration of a pilot advanced treatment facility and the specific fluxes on the third stage of a full-scale advanced treatment facility as the feed quality and operating conditions are changed.

The methodology used and model outputs will be discussed during the webcast. The presenters will also examine how we can couple AI/ML concepts with the Internet of Things (IoT) and next generation of the SCADA systems to operate and maintain assets efficiently while significantly enhancing public and regulatory confidence in potable reuse projects.