As Congress prepares to return from recess on April 20, it is likely to continue its work on coronavirus relief legislation. So far, Congress has passed a number of bills that provide relief to households, businesses, and state and local governments; see last week’s newsletter for a breakdown of those bills. However, it has not yet looked to water infrastructure programs as a vehicle to generate economic activity and job creation.

Early last week, House Democrats began pushing their previously released infrastructure investment plan as a starting point for negotiations over broader stimulus legislation. The proposal includes billions of dollars for water, wastewater, stormwater, and water recycling programs. On Friday, however, House Speaker Nancy Pelosi (D-CA) clarified that a broader infrastructure package would come later, and that the House would instead focus its attention on passing a narrower relief package when it returns from recess.

Nonetheless, in preparation for negotiations over a larger economic stimulus package in the months ahead, we want to make sure that Congress is aware that shovel-ready water recycling projects can assist in our country’s economic recovery. To that end, if your utility or business has projects or project expansions that are primed to move forward in the next 12 to 24 months, we want to know. Congressional staff are looking for the following information ahead of Congress’ return later this month:

If you have information regarding shovel-ready water recycling projects or expansions, please tell WateReuse about it by sending your information to Greg Fogel (gfogel@watereuse.org).

Federal agencies are providing guidance to water professionals and the public on water transmission and COVID-19. Use the chart below to find useful resources to help your organization navigate issues surrounding the coronavirus pandemic.

Susan Schlangen, Associate Engineer, Water Systems Consulting, Inc. (Oregon)
“I feel grateful and privileged to work for a company that is very well adapted to working virtually and prioritizes employee flexibility. We’ve made some adjustments in how we communicate, but overall it’s been quite smooth. This is allowing us to look outside the organization and focus on our clients’ needs by continuing to move projects forward, considering areas where we can provide additional value through business and operational continuity, and be cheerleaders for our utilities in a time when their services are most critical. The water industry works as a team in public health and we’ll all get through this together!”

John Robinson, Principal, John Robinson Consulting (California)
“We have found our water and wastewater community as strong as ever during this crisis and everyone is pulling in the same direction to keep themselves and the public safe. During this crisis, John Robinson Consulting and Purple Pipe Consulting are still working to convert four parks with over 150 acres of turf in the City of Fontana to recycled water before the summer heat hits. Community has been great coordinating with the contractor (Mariposa Landscapes) as a high demand within the parks by the public was unexpected at the time, we started the project.”

“The COVID-19 has required modified work schedules for the local retailer (Fontana Water Company), owner (City of Fontana) and regulatory agency (SWRCB Division of Drinking Water). All organizations are working even harder on communication. We have been successful in connecting one park and moving forward with the other three parks during the height of the pandemic.”

WateReuse Association members include engineering firms, technology providers, and other businesses that are at the forefront of the nation’s response to the COVID-19 pandemic. In addition to supporting the nation’s utilities in ensuring continuity of service, many of these businesses are using their expertise to combat the spread of the coronavirus. COVID-19 responses from our business members include the following:

Please submit your COVID-19 story or your company’s COVID-19 response (up to 50 words) for inclusion in a future issue of WateReuse Review. Email your information to info@watereuse by Thursday at 12 pm ET.

The WateReuse Association’s Pacific Northwest Section (WR-PNW) showcased the accomplishments of members in Idaho, Oregon, and Washington in its first 2020 quarter newsletter released last week. The Idaho Department of Environmental Quality, a member, approved a permit for the City of Nampa to use recycled water for irrigation, landscaping, fire protection, and industrial processes. Both Washington and Oregon gained traction on respective state House Bills (HB 1747 and HB 3182) concerning risk-based water quality standards for onsite non-potable water systems. WR-PNW also shared an update on the postponement of their 2020 Annual Conference: Reimagining Reuse to later in the year. Read More.

Google is turning to recycled water and seawater to cool water hungry data centers that power online searches, web advertising and cloud services. In Douglas County Georgia, the company has used recycled water since 2012 to conserve the nearby Chattahoochee River. For a new data center in Mesa, Arizona, Google is working with authorities on a water credits program. Google also saves water by recirculating it through cooling systems multiple times. Read More.

The hospitality industry has a growing sub-set known as ecolodges. Ecolodges aim to provide accommodations with minimal impact on natural surroundings for eco-conscious travelers. Ecolodges highlight employing local workers, providing environmental education programs, and giving back to local communities. Among the sustainability amenities drawing travelers to two ecolodges in California and New Mexico are their use of recycled water for irrigation and other services. Read More.

Encore Green Environmental, an agricultural midstream company in Wyoming, has a vision to reuse water produced as a byproduct of oil and gas extraction to increase the state’s carbon sequestration capacity. Encore is working with local ranchers to understand their soil chemistry and the water treatment needed to provide safe water of good quality. Encore sees a future in improving the soil, air, and vegetation in Wyoming by tapping into the nearly 2.4 billion gallons of “produced water” created every day in the United States. Read more.

Use our flyer, Profiles in Reuse: Potable Reuse, to inform ratepayers, elected officials, and other stakeholders about the safety and reliability of using purified water as part of the drinking water supply. The flyer also supports WateReuse’s Medical Community Initiative, which seeks to build support for potable reuse among medical and public health officials. This flyer is the first in a series of Profiles in Reuse that will serve as resources for member communication on water recycling. Download Flyer.

What are the key components of a successful onsite non-potable water system? Join us April 15 at 2 pm to learn about a Water Research Foundation guidance manual and interactive training modules to tackle critical knowledge gaps businesses and utilities. The presentation will cover treatment goals, effective design, strategies for effective operation and monitoring, and regulatory and permitting frameworks. Register Now!

Are water recycling utilities well prepared to deal with the COVID-19 crisis and other potential future risks? Join us on April 21 at 2 pm ET for a discussion of America’s Water Infrastructure Act (AWIA) and risk assessment for utilities. AWIA requires all utilities serving 3,300 or more people to complete a risk and resilience assessment (RRA) for their water systems, followed by the completion of an emergency response plan. This presentation will discuss risk and risk perceptions in light of the COVID-19 pandemic. Register Now! 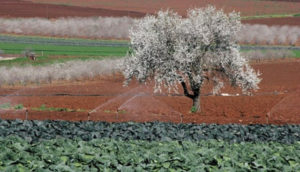