“As a candidate, I called for a great rebuilding of America’s crumbling infrastructure. Today, we’re taking another major step toward that goal,” President Trump said at the signing ceremony.

After months of active legislative advocacy, the WateReuse Association is pleased that that package included Sec. 1164, Local government water management plans, which helps advance water reuse by aligning water resources development projects supported by the Army Corps of Engineers with local water management plans. Many local management plans include projects such as stormwater capture and reuse, water recycling, and aquifer recharge. The WateReuse Association led a coalition of water associations in support of this measure being included in the WRDA package. In the House, the provision was championed by U.S. Representatives John Duncan (R-TN) and Dan Lipinski (D-IL) and Grace Napolitano (D-CA); while in the Senate, we received support from Senators John Boozman (R-AR), Ben Cardin (D-MD), and Tammy Duckworth (D-IL).

Other provisions included in this package that will also facilitate greater adoption of water recycling are listed below:

The WateReuse Association’s advocacy on this legislation included:

On Thursday, October 25, the WateReuse Association participated in the launch of the Water Security Grand Challenge, a White House initiated, U.S. Department of Energy (DOE) led framework to advance transformational technology and innovation to meet the global need for safe, secure, and affordable water.

Using a coordinated suite of prizes, competitions, early-stage research and development funding opportunities, critical partnerships, and other programs, the Water Security Grand Challenge sets the following goals for the United States to reach by 2030:

DOE will partner with the U.S. Environmental Protection Agency (EPA) on the Water Security Grand Challenge, and is pursuing additional opportunities to collaborate with other agencies, industry, and stakeholders.

The WateReuse Association participated in a DOE hosted stakeholder workshop last Thursday at the National Renewable Energy Laboratory in Golden, CO designed to gather input from external experts on potential DOE prizes and next steps. As the Challenge matures, DOE expects to continue to bring new partners on board and identify additional prizes and other program contributions.

The U.S. Environmental Protection Agency announced three new dates for Information Sessions designed to give utilities the opportunity to learn about funding opportunities for water, wastewater, and recycled water infrastructure available under the Water Infrastructure Finance and Innovation Act (WIFIA). WIFIA program staff will provide an overview of the program, explain the financial benefits of WIFIA loans, and discuss the application process. The announced dates are:

California: West Basin to Receive Up to $35 Million for Water Recycling in New Federal Package

America’s Water Infrastructure Act, the comprehensive infrastructure legislation signed by the president on Oct. 23, will allow West Basin Municipal Water District to access an additional $35 million in federal funding for its Harbor South Bay Water Recycling project. This major federal water infrastructure package includes a specific provision to allow West Basin to pursue significant funding through the Army Corps of Engineers to upgrade and increase capacity at the Edward C. Little Water Recycling Facility in El Segundo. S. 3021 includes provisions to double  the original project authorization from $35 million to $70 million, which will assist West Basin in ensuring that an adequate water supply for the Los Angeles region is met for current and future demands. Read More.

WateReuse Association member the City of San José was one of 20 cities to win the Bloomberg American Cities Climate Challenge, a $70 million program that will accelerate efforts to tackle climate change and promote a sustainable future for residents. Through the Climate Challenge – which is part of Bloomberg’s American Cities Initiative, a suite of more than $200 million in investments to strengthen city halls and advance critical policies – San José is accepted into a two-year acceleration program and will be provided powerful new resources and access to innovative support to help meet or beat the city’s near-term carbon-reduction goals. Bloomberg Philanthropies selected San José as a winning city because of its innovative and ambitious climate action plan, Climate Smart San José, which will reduce air pollution, save water, and improve quality of life. Read More.

WateReuse Association member Clean Water Services released its Annual Report highlighting a focus on “One Water” and the use of creative approaches to  improve water quality, recover resources, gain efficiency, create value, and connect people to their ecosystems. In Oregon’s Washington County, Clean Water Services and a network of partners promote the healthy flow of One Water. As a Utility of the Future, Clean Water Services is committed to services the whole community – families and businesses, plants, and wildlife. View the Annual Report.

Please join us on Thursday, November 15 at 2:00 pm EST to learn about the WateReuse Association’s newest membership opportunity, the Recycled Water User Network. The network gives businesses, governments and nonprofits that use recycled water the opportunity to receive a green designation, Water StarTM and to access information and resources on recycled water and access to the Association’s membership benefits, including access to monthly webcasts, weekly newsletter, and discounts on conference registration fees. To learn more about how your utility can take advantage of the Recycled Water User Network, register today for the webcast.

Concentrate disposal is a major cost for desalting operations, and for many water-recycling applications only partial desalting is needed, often targeting sodium chloride specifically. Please join us on Wednesday, November 14 at 2 p.m. EST to learn about a pilot study that was conducted to demonstrate the viability of a two-pass system, combining an NF pass with a second RO pass and blending the NF concentrate with the RO permeate. Findings indicate that sodium chloride can be preferentially removed from the recycled water, chemical and power consumption can be reduced when operated at system recoveries comparable to typical RO systems, and much higher recoveries are achievable with modest increases in power and chemical usage. Register Now!

Please join Washington insiders to examine what’s on the congressional agenda for 2021 and what water-related priorities the Biden Administration is likely to push in its first year.

January 2021 marks the beginning of both a new administration in the White House and a new Congress. While Congress passed a number of key pieces of legislation in the final days of 2020, much work remains to be done, including the reauthorization of important water recycling programs. At the same time, the Biden Administration is coming in with an ambitious agenda related to climate change, the environment, and infrastructure, among other issues.

Top Washington water sector lobbyists will discuss the status of key legislation and explain the opportunities to advance a water reuse policy agenda. Whether you plan to participate in our Virtual Water Week in the spring or are interested in what to expect from Congress and the new Administration in 2021, this webcast will be a national advocacy primer for water professionals.

Join a group of stormwater management leaders from around the US to discuss stormwater capture motivations and drivers, barriers to progress, and future directions. This group will touch on questions like- Why are communities pursuing stormwater capture for use now? How do community interests in stormwater harvesting vary across the country? What factors get in the way of progress? Where do we want to be with stormwater capture in 20 years? The audience will learn about the different motivators, unique strategies, and opportunities to market and advance stormwater capture across the U.S.

This webinar will be the first of a series of four webinars as part of the National Water Reuse Action Plan, Action 2.3.3. Co-sponsors include the WateReuse Association, U.S. EPA, National Association of Municipal Stormwater Agencies (NMSA), Re-Inventing the Nation’s Urban Water Infrastructure (ReNUWIt), Water Environment Federation, and Johnson Foundation at Wingspread (JFW).

Join us for the second webinar in this series.

Wastewater-based epidemiology was utilized to detect SARS-Cov-19 in the wastewater of student dorms upon re-entry of University of  Arizona students in the fall semester of 2020. Positive wastewater samples allowed for subsequent targeted clinical testing of dorm students and the identification of both symptomatic and asymptomatic Covid-19 infections. Early detection of infected individuals resulted in reduced exponential spread of Covid-19 and allowed the university to remain open throughout the semester. 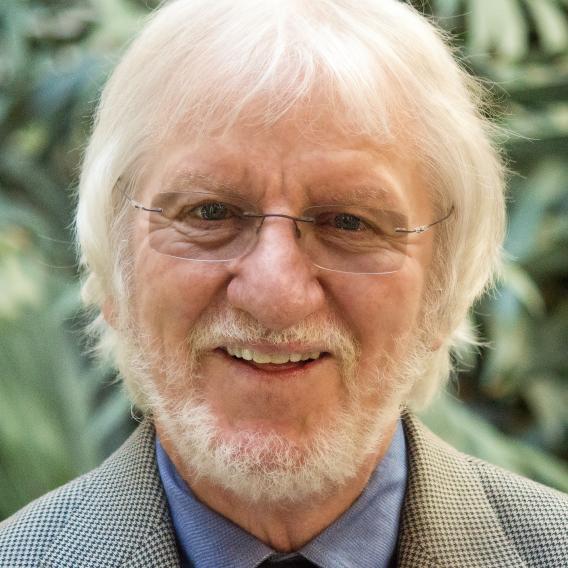 Dr. Pepper is an environmental microbiologist whose research has focused on the fate and transport of pathogens in air, water, soils and municipal wastes. More recently, he has investigated the potential for real-time detection of contaminants in water distribution systems. Dr. Pepper is Professor in the Community, Environment, and Policy Department in the UA College of Public Health, as well as Professor in the Department of Agricultural & Biosystems Engineering. In addition to his duties at the WEST Center, he is director of the National Science Foundation Water Quality Center at the UA.

As more communities face water quantity challenges, water reuse is a viable option to expand drinking water sources.  Although all water is recycled as it moves through the environment, the practice of treating wastewater to be used for potable water is sometimes met with skepticism. Some of this stems from the “toilet to tap” campaigns that may have led to more rejection of water reuse than acceptance.

Quantitative microbial risk assessment (QMRA) is a framework that evaluates the many factors impacting water reuse practices and management, as well as those influencing community perception.  With the emergence of new pathogens, such as SARS-CoV-2, the acceptance of water recycling as part of a community’s drinking water sustainability plan may be even more challenging.  This webcast will describe how QMRA may be used to communicate with stakeholders – including healthcare providers – the human health safeguards associated with water reuse implementation.