Last week, the House Transportation and Infrastructure Committee and the Senate Environment and Public Works Committee unanimously passed bipartisan legislation reauthorizing the Water Resources Development Act, including a legislative proposal advocated by the WateReuse Association that strengthens the links between flood control projects directed by the US Army Corps of Engineers (USACE) and local stormwater management projects seeking to capture and reuse stormwater.

The House package, H.R. 8, is narrowly focused on provisions and project authorizations related to flood control, dam safety and harbors, while the Senate package, S. 2800, includes legislative proposals related to Clean Water Act programs. Both packages, however, include a legislative proposal supported by the WateReuse Association and a coalition of water associations requiring the USACE to coordinate with local stormwater management agencies in order to incorporate local stormwater management goals, such as stormwater reuse for aquifer recharge, into broader flood control projects. The House bill contains the language in Section 109, while the Senate package contains the proposal in Section 1042. While the House and Senate proposals differ from each other with respect to specific legislative language, the WateReuse Association and its coalition partners will be working with its Congressional supporters to reconcile the language during House and Senate conference negotiations, should the package advance to this point later this year. Key House and Senate Congressional supporters for this legislative proposal include Rep. John Duncan (R-TN) and Rep. Dan Lipinski (D-IL) in the House; and, Senators Tammy Duckworth (D-IL), Ben Cardin (D-MD) and John Boozman (R-AR) in the Senate.

WRDA is biennial legislation that authorizes flood control and environmental restoration projects undertaken by the USACE and, in recent years, has served as a vehicle for broader water policy provisions. In last week’s WateReuse Review, the WateReuse Association reported on additional provisions in the Senate WRDA package that encourage and support the adoption of water recycling and reuse by both communities and industry. Should these provisions remain in a final WRDA package, these authorizations would help advance the movement toward water recycling nationally. The full House of Representatives is expected to take up its WRDA package when it returns from recess the first week of June; the Senate has yet to schedule its debate. The WateReuse Association will continue to monitor and report on WRDA-related developments as they occur.

The Senate WRDA package also includes authorization of the WaterSense program, a program administered by the U.S. Environmental Protection Agency (USEPA), that partners with industries, businesses and utilities to identify, label and promote products, buildings, landscapes, facilities, processes and services that use water efficiently. The WateReuse Association, along with a number of other water associations, has recommended that use of the WaterSense label exclude self-generating water softeners installed in homes that discharge salty brine. Discharges of salty brine can degrade water quality and present challenges for recycling water. At this point, the Senate WaterSense authorization does not contain provisions to ensure these softening systems do not receive a WaterSense label. The WateReuse Association is working with Senators and other stakeholders to amend the legislative text as it advances to the full Senate.
Show more
Show less

The Senate Energy and Water Development Appropriations Subcommittee is supporting level funding for the Title XVI Water Reclamation and Reuse program for Fiscal Year 2019. The subcommittee approved $54.4 million for the program last Thursday, $20 million of which would be allocated through a competitive grant process enacted under the 2016 Water Infrastructure Improvements for the Nation (WIIN) Act. While Title XVI received level funding with FY18 in the Senate appropriations bill, it is $10.5 million less than the $65 million that the House Appropriations Subcommittees approved two weeks ago. The FY2019 Energy and Water Development and Related Agencies Appropriations Act funds U.S. Department of Energy programs and critical infrastructure projects administered by the Army Corps of Engineers and Bureau of Reclamation.
Show more
Show less

The WateReuse Association joined other water sector organizations on May 21 in sending a comment letter to the U.S. Environmental Protection Agency opposing regulation under the Clean Water Act and the National Pollutant Discharge Elimination System for pollutant discharges from point sources that reach jurisdictional surface waters via groundwater. Typically, federal permitting is required for jurisdictional surface waters, but the direct hydrologic connection (DHC) interpretation expands the criteria for permitting. The issue has been the subject of several legal challenges and a Senate hearing. As a result, the EPA requested comments on whether the agency should consider clarification or revision of its previous statements on the topic.

The coalition comment letter asserts that the DHC theory is a duplicative and conflicting overlay of regulations on top of other federal and state programs that are more appropriately designed to address these circumstances. Additional permits would create additional costs and barriers for beneficial and widely supported projects, such as water recycling and groundwater recharge. The letter adds that if the EPA and state regulators administer and enforce existing laws and regulations appropriately, there will not be a “loophole” in the protection of public health, the environment, and water quality. The letter concludes with the recommendation that EPA take immediate action to provide certainty to our members and conduct rulemaking to provide an opportunity for the public to weigh-in and to establish long-term clarity and certainty.

A UCLA study published May 21 used hydroeconomic modelling to show that Los Angeles, which currently imports about 60 percent of its water, would save money by increasing its investment in local sources such as recycled water, stormwater capture, and groundwater. The study demonstrates that local water supplies are economically competitive. Determining a pathway to 100 percent local water is part of UCLA’s Sustainable LA Grand Challenge, which uses research to inform public policy and individual conservation. Read More.

WateReuse Association members Dublin San Ramon Services District and Zone 7 Water Agency are advancing a potable reuse project with the support of a study conducted by Carollo Engineers. The project would add purified water into a groundwater basin or a reservoir, increasing the local water supply by 9-17 percent. The area is dependent on the State Water Project for about 80 percent of its water. Learn More.

2018 Awards for Excellence in Water Reuse: Nominations Due June 27

The WateReuse Association is accepting nominations for the 2018 Awards for Excellence in Water Reuse through Wednesday, June 27. The WateReuse Awards for Excellence celebrate communities, businesses, public-private partnerships, non-profit organizations and individuals that are making significant contributions toward advancing the adoption of water reuse in their community or elsewhere. The award categories have been modernized to showcase and celebrate the wide range of innovative ways in which water reuse is being deployed across the country, and the individuals and organizations leading these efforts. Learn More.

There is still time to apply for recognition under the Utility of the Future Today program. The recognition celebrates the achievements of forward-thinking, innovative water utilities that are providing resilient value-added service to communities, particularly in community engagement, watershed stewardship, and recovery of resources such as water, energy, and nutrients. The deadline to apply for recognition this year is May 30. The recognition program is a partnership of WateReuse, the National Association of Clean Water Agencies (NACWA), the Water Environment Federation (WEF), and The Water Research Foundation (WRF), with input from the U.S. Environmental Protection Agency (EPA). Learn More.

Join us for the 33rd Annual WateReuse Symposium in Austin, Texas, on September 9 – 12, 2018 to learn “What’s Working, What’s New, and What’s Next in Water Reuse.” This year’s program showcases the latest success stories in water recycling, shares exciting new ways in which communities and industries are adopting water reuse strategies, and discusses emerging innovations that will drive greater implementation and acceptance of water reuse in coming years. “Big picture” plenary sessions will examine federal and state policy, emerging trends, and new opportunities for water reuse around the country. The comprehensive technical program captures what’s happening around the nation in water reuse — from technology and operations to policy and communications, the program provides a robust, relevant and well-rounded knowledge sharing experience. Register today to take advantage of Early Bird rates!
Show more
Show less

States are taking the lead in developing regulations to support implementation and growth of water reuse. Please join us on Wednesday, June 13 at 2 p.m. EDT to learn about the latest regulatory developments in four states across the country at varying stages — from states with a long history of water reuse to states in the early stages of assessing reuse needs and strategy. Regulators from California, Oklahoma, Colorado, and Minnesota will discuss the latest developments in their states. Learn More. 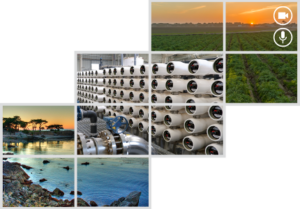 Join us for an easy to navigate, virtual conference experience.This is MORE than just a Replacement Event for the March 2020 Conference, this is an opportunity for our community to stand TOGETHER in these unprecedented times to recognize the good work we do and share ideas for the future.

The WateReuse California virtual conference will be available online until July 31, 2020. 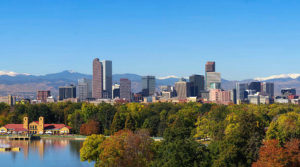 The Annual WateReuse Symposium is the nation’s premier conference on water recycling and the only conference dedicated solely to water reuse laws, policy, funding, research, technology, and public acceptance.