Abstract submissions are due Thursday, February 7 for the 34th Annual WateReuse Symposium, taking place Sunday, September 8, through Wednesday, September 11, 2019 in San Diego, California. This year’s theme is “Collaborate to Innovate.” The program will showcase recycled water collaborations among utilities, farmers, and industry; regulators working together at both the state and federal level; sustainability; public/private partnerships; and, for the first time, the latest in reuse research led by the Water Research Foundation. The Annual WateReuse Symposium is the nation’s premier conference on water recycling. The event attracts more than 600 water professionals from around the nation. Submit an abstract now!
Show more
Show less

Registration is open for the National Water Policy Fly-In, April 3-4, in Washington, DC. Held during Water Week 2019, March 31–April 6, the National Water Policy Fly-In brings together the nation’s water sector to speak with one voice to Congress and the Administration. With a new Congress in place, your attendance and engagement are more critical than ever. WateReuse urges members to join us in Washington DC to ensure that the water reuse message is an integral part of the Water Week message.

Building off the momentum of major advocacy wins in 2018— including the bipartisan passage of the America’s Water Infrastructure Act that incorporated key provisions beneficial to water recycling —and the significant potential for congressional focus on infrastructure during the next session, it is crucial that policymakers hear directly from you about the specific challenges to your utility and community.

Join us as we call on the Administration and the new Congress to work in partnership with the sector and invest in our nation’s water infrastructure, including drinking water, clean water, and recycled water. With an engaging format and affordable price point, you won’t want to miss the next Fly-In, the most significant water policy event of 2019!

On Friday, January 25, Congress passed and the President signed a short-term spending bill, known as a “Continuing Resolution (CR),” to reopen the government for three weeks, until February 15. Federal employees at departments and agencies that were shut down – including the EPA and the U.S. Department of Agriculture (USDA) – returned to work last week and have been picking up where they left off before the shutdown began. For EPA, this means that staff can return to implementing existing programs as well as new agency initiatives. At USDA, staff will finally be able to start implementing the recently passed 2018 Farm Bill, including rural water development programs as well as natural resource conservation programs. Other agencies, including the Army Corps of Engineers and the Bureau of Reclamation, were fully funded for fiscal year (FY) 2019 earlier in 2018 and so remained open during the shutdown.

For the employees of EPA, USDA, and many other departments and agencies, the three-week agreement is welcomed relief – it will allow them to receive back pay and to continue their work; however, many are worried about another possible shutdown come February 15. Between now and then, the President and Congress will negotiate with the aim of reaching a funding deal to keep the government open for the remainder of FY 2019. If they are able to come to a resolution, the final funding package will include funding for critical water programs, including EPA’s state revolving fund loan programs and Water Infrastructure Finance and Innovation Act Program, as well as key USDA water programs. If they are not able to come to a resolution, then Congress will have to pass another continuing resolution to extend last year’s funding levels for some period of time, or the government will once again shut down.

As a reminder, the House and Senate Appropriations Committees, and in some cases, the full House or Senate, passed individual appropriations bills for EPA and USDA last year; however, those bills never became law. Final funding decisions for FY 2019 will be based on the funding levels included in these individual bills; and current indications are that negotiated levels will align closely with the numbers included in the Senate bill. See below for a recap of the funding levels included in the House and Senate bills:

WateReuse will continue to track and report on federal budget developments as they occur. Members interested in learning more, please contact Greg Fogel, Policy Director for WateReuse, at gfogel@watereuse.org.

On Friday, February 1, the U.S. Department of Interior’s Bureau of Reclamation moved closer to imposing water delivery cuts along the drought-depleted Colorado River after California and Arizona failed to meet a deadline for inking a broad agreement on how the seven states that depend on the river would cope with shortages.

In December, Bureau of Reclamation Commissioner Brenda Burman warned the seven states of the Colorado River Basin that if they missed a January 31 deadline to agree on a drought plan that Interior would impose unprecedented restrictions on water supplies in the basin. Nevada, Colorado, New Mexico, Utah and Wyoming finished their plans in December. Arizona and California did not put final signatures on the necessary seven-state agreement, Burman announced.

In a statement last Friday, Burman said the Interior Department would seek recommendations from the governors of the seven states about the protective actions the Bureau should take amid prolonged drought along the stressed, overburdened waterway. However, she added that imposing protective actions is not the Interior Department’s preferred approach and indicated that she would terminate the request and rescind the notice if the basin states quickly wrap up their plans.

California missed the deadline because the Imperial and Coachella Valley irrigation districts held out. Arizona’s plan remains unfinished despite approval by the state legislature and a signature by the governor. Arizona was the only state of the seven that required legislative approval of the plan. The Colorado River is the drinking water supply for more than 40 million people and provides irrigation water for nearly 5.5 million acres of farmland. Over the past two decades, the basin has faced the most severe drought in its history and the river’s two reservoirs, Lake Powell and Lake Mead, are approaching critically low levels.

California Assemblymember Bill Quirk (D-Hayward) introduced a WateReuse California sponsored bill (AB 292) on January 28 that would remove the terms “indirect” and “direct” from sections of the California code that discuss potable reuse. AB 292 builds on previous legislation and recent work by the State Water Resources Control Board and WateReuse California to align the terms with how California water agencies are using recycled water. In 2017, Assemblymember Quirk introduced AB 574, which was signed by the Governor, and requires the state water board to develop regulations for the safe use of recycled water through raw water augmentation. The legislation introduced last week is intended to ensure clarity in the uses of recycled water. In 2016, in a report to the Legislature the water board concluded it is feasible to develop and adopt regulations for using recycled water as drinking water, provided that certain research and key knowledge gaps are addressed.
Show more
Show less

WateReuse Association members Las Virgenes Municipal Water District and Triunfo Sanitation District have formed an alliance to build a $120-million purification project that will treat wastewater normally released into local streams and return it to the customer as safe drinking water. Construction will begin this spring on a $3 million demonstration project that will begin operating later in the year with the ability to treat between 50 and 100 gallons a minute. The full-scale project is expected to be complete by 2030. Read More.

Atlanta’s Mercedes-Benz Stadium, the location for Saturday’s Superbowl, opened in August 2017 as North America’s first LEED platinum venue complete with a water recycling system. A significant component of the facility’s sustainability initiatives include water conservation, with a focus on reducing the amount of flooding in its neighborhood in northwestern Atlanta. The stadium has a capacity to store over 2 million gallons of storm water on site. The facility is equipped with a 680,000-gallon cistern for rainwater recapture and reuse, which goes towards landscape irrigation and the site’s cooling tower. Read More.

The State of Oregon approved a $150 million in industrial development bonds to help Intel finance a $600 million water recycling facility, which could cut Intel’s water consumption by a third. Intel uses its Hillsboro, Oregon, factory to produce microchips, which requires large amounts of water to clean silicon wafers as residue accumulates on them throughout the production process. The tax-exempt bonds allow Intel to pay interest rates that are as much as 25 percent below standard corporate bond interest rates. Read More.

Please join us on February 14, Valentine’s Day, to learn about the latest techniques in engagement and public education that will help your community fall in love with potable reuse. The water professionals on this panel have one common objective: to ensure a potable reuse project will be evaluated on its own merits and not dismissed as dangerous and too risky to pursue. The presenters will describe key elements that have helped their past efforts and discuss new outreach tactics they are relying on to take their outreach efforts to the next level. Register Now!

Registration is open for the 2019 WateReuse California Annual Conference to be held March 17-19, 2019 at the Hyatt Regency Orange County in Garden Grove, CA. The conference is designed for individuals, organizations, and agencies that are associated with or interested in the design, management, operation, and use of water recycling facilities and projects in California. Register Now!

Today’s technology allows us to treat virtually any source of water to meet any need including drinking, but many states lack regulations to allow potable reuse projects to move forward. WateReuse Association State Sections are taking the lead in collaborating with regulatory agencies and other stakeholders to develop regulatory frameworks to implement potable reuse. Join us to learn about recent efforts in Colorado and Florida that are paving the way for potable reuse. 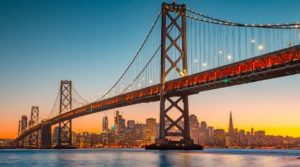 A group of chemicals known as PFAS – perfluoroalkyl and polyfluoroalkyl substances – has garnered the public’s attention and posed treatment challenges for recycled water utilities. What is the latest science on effective treatment for PFAS? This webcast focuses on the fate of PFAS in recycled water destined for potable reuse, and will include results from different advanced treatment processes ranging from bench-scale evaluations to permanent potable reuse treatment demonstration projects. The data illustrate important considerations during treatment selection, design, and operation to meet PFAS treatment goals.