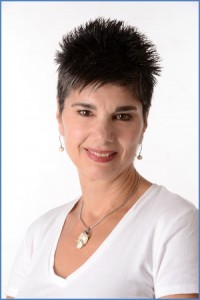 Sinicropi, who previously served as the Senior Legislative Director for the National Association of Clean Water Agencies (NACWA), has extensive experience in federal advocacy with both Congress and federal agencies. She brings a wealth of knowledge and skills in advancing the legislative, regulatory and funding priorities of wastewater utilities and related businesses.

“WateReuse has had tremendous success in increasing the use and acceptance of recycled water through our strong advocacy and education programs,” said WateReuse President Guy Carpenter of Carollo Engineers. “Pat is the right person at the right time to lead our Action Agenda.”

Sinicropi replaces Melissa L. Meeker, who is now the Chief Executive Officer of the Water Environment & Reuse Foundation (WE&RF), a research and education organization that collaborates closely with WateReuse.

WateReuse is the go-to organization for policy on water reuse among elected officials and policymakers in every level of government. The Association advocates for state and federal laws, policies and funding to advance the safe, reliable production and distribution of recycled water. Recent successful lobbying efforts include:

The WateReuse Association applauds the appointment of Radhika Fox as Principal Deputy Assistant Administrator for the U.S. Environmental Protection Agency’s...

The forward-thinking initiatives of 65 water utilities are being recognized as they reimagine partnering and engagement, watershed stewardship, and recovery...

The application period is open for the Utility of the Future Today recognition program, which seeks to honor water resource...