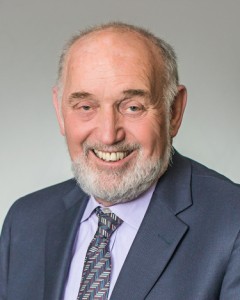 WateReuse founding member Robert Whitley, PE, has been elected to the Academy of Distinguished Alumni in the Department of Civil and Environmental Engineering at the University of California, Berkeley. The Academy was established in 2011, and Mr. Whitley will be inducted into the sixth class of members on October 5, 2017. The Academy recognizes alumni who are outstanding and recognized engineers with special expertise in civil and environmental engineering disciplines and leaders with distinction in management.

As a practicing engineer for more than 50 years, he has become one of California’s leading experts on recycled water and is one of the founding directors for the WateReuse Association and WateReuse Foundation. He has been a Principal at West Yost Associates since it acquired Whitley Burchett and Associates earlier this year. He was Senior Vice President and Chairman of the Board for Whitley Burchett for 32 years.

On Wednesday, July 1, the U.S. House of Representatives passed the Moving Forward Act (H.R. 2), which authorizes more than $1.5 trillion...

Corporate Climate Goals: How to Implement a Water Sustainability Program

It’s often said that accounting is the language of business. Climate risk is forcing many companies to become bilingual. That...