Save the Date: Join Us for Water Week 2020 to Advance Water Recycling

Make plans to join the WateReuse Association in Washington, DC for the National Water Policy Fly-In during Water Week 2020, April 26-May 1. Water Week is the only national policy event of the year that draws together water professionals from across the country to advocate for the unique needs of recycled water, drinking water, and clean water utilities. Water Week is an opportunity to advance policy priorities for water utilities, including greater federal investment in water infrastructure, and a celebration of the role utilities play in communities nationwide. WateReuse encourages our members to participate so that we can ensure that recycled water is an integral part of the Water Week message.

Late last week, the House of Representatives passed H.R. 535, the PFAS Action Act, by a vote of 247-159. Twenty-four Republicans joined 223 Democrats in voting for the bill, which mandates a range of new controls on Per- and Polyfluoroalkyl Substances (PFAS). One Democrat (Ben McAdams of Utah) opposed the bill. Among its many provisions, the legislation directs the U.S. Environmental Protection Agency (EPA) to designate Perfluorooctanoic acid (PFOA) and Perfluorooctanesulfonic acid (PFOS) as hazardous under the Comprehensive Environmental Response, Compensation and Liability Act (CERCLA) within one year. There is no exemption from liability for water or wastewater treatment systems in the legislation, meaning that utilities could be held responsible for cleaning up contaminated sites, despite being a receiver, not a producer, of PFAS. The bill also designates all PFAS as hazardous air pollutants and directs EPA to promulgate primary drinking water standards for PFOA and PFOS within two years.

A number of key amendments were considered on the floor, including a failed amendment by Representative Michael Burgess (R-TX) to strike the directive that EPA designate PFOA and PFOS as hazardous under CERCLA. The House passed an amendment offered by Representatives Chris Pappas (D-NH), Brian Fitzpatrick (R-PA), and others, to require EPA to develop effluent standards, pretreatment standards, and water quality criteria for PFAS under the Clean Water Act. This amendment also authorizes $100 million in grant funding per year to publically owned treatment works to implement pretreatment standards.

The Senate is strongly opposed to a number of provisions in H.R. 535, including the provision related to designation of PFOA and PFOS as hazardous under CERCLA, and is not expected to take it up in the near term. Additionally, the White House has issued a Statement of Administration Policy, noting that the President would likely veto the bill if came before him for his signature.

The Bureau of Reclamation announced that it has awarded $1.6 million to four WateReuse Association members to fund Title XVI water reclamation and reuse research studies. When non-federal cost-share contributions are included, these studies will accomplish more than $7.6 million in water reuse research. The four projects selected for funding are:

WateReuse California (WRCA) and the National Water Research Institute (NWRI) released the first guidance document for developing a standard operating procedure (SOP) for bioanalytical testing for potable reuse. This document is intended to assist potable reuse agencies in complying with the bioassay monitoring requirement that will begin in 2020. In 2018, the State Water Board amended the Recycled Water Policy to include bioassay monitoring requirements for indirect potable reuse. View Guidance Document.

WateReuse Association member West Basin Municipal Water District has renewed its contract with SUEZ North America, also a member, to operate and maintain the Edward C. Little Water Recycling Facility in El Segundo, CA, and its three satellite plants. The five-year renewal, worth a total of $75 million, began January 1 and runs through the end of 2024. The Edward C. Little facility is one of the largest water recycling operations of its kind in the United States, producing about 40 million gallons of water every day. Read More.

Florida House Bill 2547, introduced by Representative Randy Maggard, makes an appropriations request of $500,000 for WateReuse Florida to implement a statewide education program to help educate the public regarding what is potable reuse and how it can help Florida meet future water demands of the public and environment as an alternative water supply. This appropriation request is in addition to the $250,000 that was granted to WateReuse Association member the Southwest Florida Water Management District for the current fiscal year that is being used to develop a message on potable reuse.

WateReuse Association member Clean Water Services received approval from the Oregon Department of Environmental Quality (DEQ) to provide purified water from its mobile treatment facility to commercial brewers and distilleries to produce alcoholic beverages for sale to the general population. The mobile treatment system—known as the Pure Water Wagon—uses a four step process of ultrafiltration, reverse osmosis, ultraviolet disinfection and advance oxidation to produce high purity drinking water. This decision broadens DEQ’s approval in 2015 to allow home brewers to use this same process in a competition for distribution at trade shows. Read More.

Water leaders from three WateReuse Association member organizations were presented with the Top 10 Influential Women in Water Award during the inaugural Women of Water Summit, hosted by Mazars USA on Jan 9. Christine Boyle of Xylem, Inc., Nadine Leslie of Suez Water, and Karen Pallansch of Alexandria Renew Enterprises were honored during the ceremony. Pallansch, a WateReuse Association Board member, also joined WateReuse Executive Director Patricia Sinicropi for a panel discussion on water reuse during the summit.

The WateReuse Association invites technical abstract submissions for the 35th Annual WateReuse Symposium, September 13-16, 2020 in the mile-high city of Denver, Colorado. The Annual WateReuse Symposium is the nation’s premier conference on water recycling – attracting water professionals for several days of knowledge sharing, networking, and fun! The 2020 Symposium is being planned in collaboration with The Water Research Foundation and will include presentations on the latest reuse-related research. Abstracts are due February 18, 2020. Submit an Abstract Now!

WateReuse California will host its 2020 Annual Conference March 15-17 at the Hyatt Regency San Francisco! Register by Friday, January 17 to take advantage of early bird discounts. The conference includes a comprehensive technical program focused on the design, management, operation, and use of water recycling facilities and projects in California. Register Now! 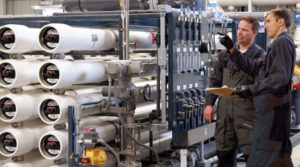 Learn about the potable reuse process from start to finish and the coordinated efforts required to pioneer new concepts, overcome hiccups, and secure a critical new water supply.

The use of purified recycled water to brew beer has been an effective public education tool, but what is the market outlook for growth? Join us to learn about the market drivers and business strategies for breweries and water reuse providers within the beer brewing market. This presentation will provide, in dollars, a market size for water reuse technology providers and brewers as well as the outlook for this market.  This information will help companies and municipalities plan for the future and develop comprehensive relationships.

Will be hosted at Brown and Caldwell if able to gather in person.

There has been a perception that brine management is a “down the road” issue for water providers in Arizona.  However, for the Phoenix Metro West Valley and the Tucson area water suppliers, that is not the case.  The Easy button to discharge to the sanitary sewer system is a short term fix that is not working.  Brine ponds smell and are expensive.  Regional solutions may be required.  An update on the Central Arizona Salinity Study options and new options will be reviewed with associated costs presented.  This update can provide a basis for the continuing, collaborative, brine management conversation.

Maria Brady, Project Manager, Stantec Consulting
Maria Brady is a Project Manager with Stantec Consulting.  She has more than 30 years’ experience in water, wastewater, storm water, and environmental management projects.  Maria graduated from Washington State and Colorado State Universities with BS and MS degrees in Agricultural Engineering. Maria has lived in Arizona for 34 years…which makes her an Arizona native in dog years!!  Maria is the Central Arizona Trustee for WateReuse and if you ask her about DPR you are in for a lively conversation.

There has been a perception that brine management is a “down the road” issue for water providers in Arizona.  However, for the Phoenix Metro West Valley and the Tucson area water suppliers, that is not the case.  The “Easy button” to discharge to the sanitary sewer system is a short term fix that is not working.  Brine ponds smell and are expensive.  Regional solutions may be required.  An update on the Central Arizona Salinity Study options and new options will be reviewed with associated costs presented.  This update can provide a basis for the continuing collaborative brine management conversation. 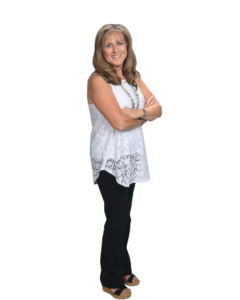 Maria Brady is a Project Manager with Stantec Consulting. She has more than 35 years’ experience in water, wastewater, storm water, and environmental management projects.  Maria graduated from Washington State and Colorado State Universities with BS and MS degrees in Agricultural Engineering. Maria has lived in Arizona for 35 years, which makes her an Arizona native in dog years!!  Maria is the Arizona WateReuse Vice President and if you ask her about DPR you are in for a lively conversation. 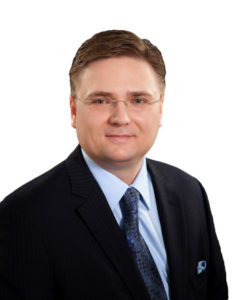 Mike Priest is a process engineer and design manager with 21 years of specialized work experience in conventional and advanced water and wastewater treatment processes including a focus in granular media and membrane filtration, reverse osmosis, disinfection using ozone, UV, and chlorine, and advanced oxidation processes. Mike has performed over 20 reuse planning and design projects for more than 500 mgd of capacity, including five for potable reuse.